Five Things about Goats You Won’t Learn in a Book 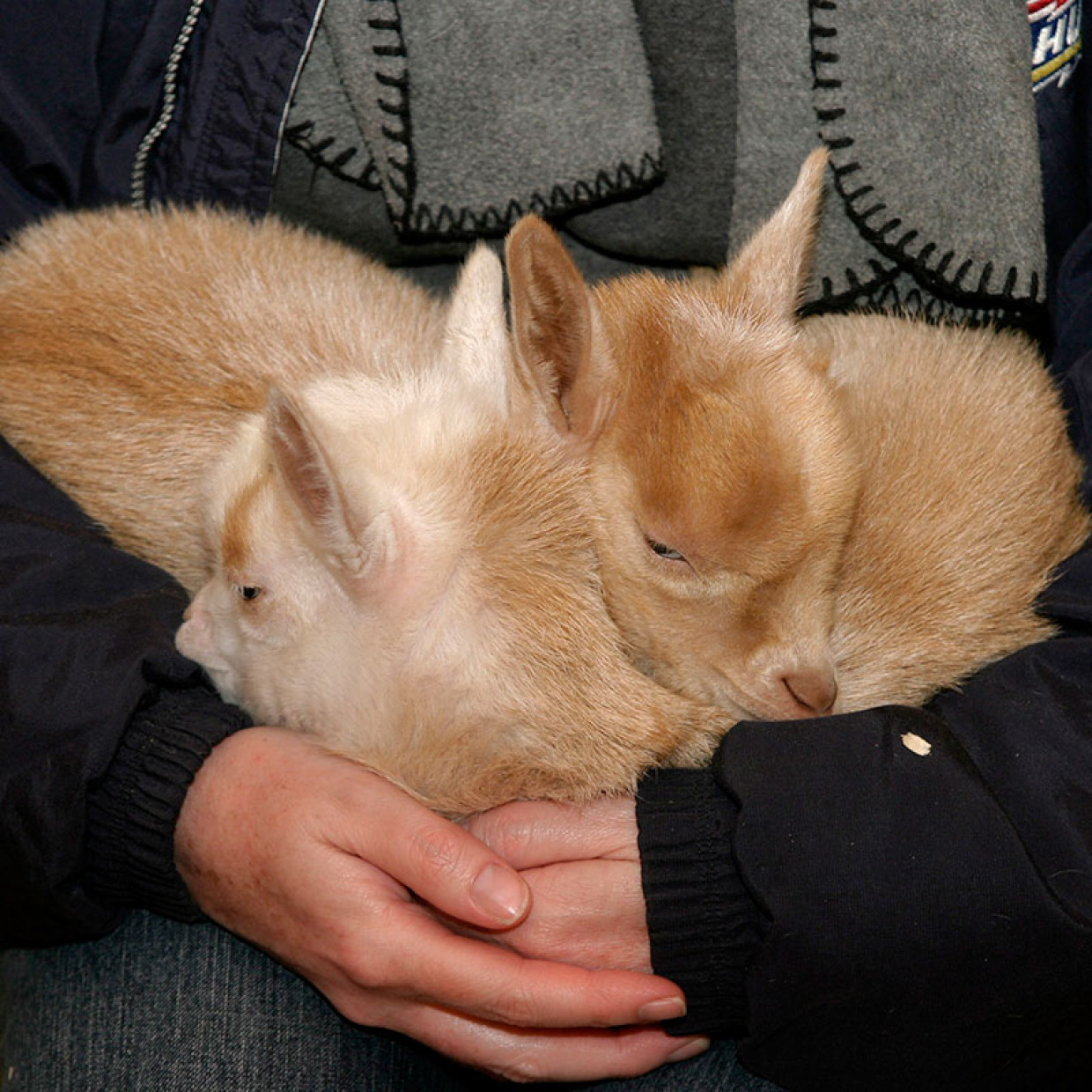 We love our goats. They are the sweetest things we have ever known. When we were first looking into getting goats we read all kinds of things (warnings really) about owning goats. Some were a little farfetched and some were spot on. Here are five things we have learned from owning goats…so far…

#1 Goats are needy: If you own goats you’ll appreciate this and if you are thinking about getting goats, you need to truly understand this. You CANNOT have just one goat. Yes, I’m sure you can site many instances where people owned just one goat, but trust me on this. Unless you plan on spending every waking moment with your goat, your goat will need a companion. (or two, or three…)

We initially bought a brother and sister at two weeks old and bottle fed them. Bottle feeding, while helping to socialize your goats to people at the same time saving the mom’s milk for human consumption, creates even needier goats (if that is actually possible).

This is both a blessing and a curse. On the one hand our goats look for us, stay around us when we let them loose in the yard and follow us on walks around the fields. I wouldn’t go so far as to say that they “listen” to us. In that way they are like “kids.” (I’ve now figured out why they call baby goats “kids” by the way…) They enjoy our company and will often fall asleep in my lap. (The small ones do anyway.)

On the down side, our goats are always looking for us and they constantly call for us, which makes me feel immensely guilty when I’m in the house trying to get things done. They have their own pen with shade, a place to get out of the weather, plenty of grass/hay/water and toys to play with. Yet, they will stand in the corner, stare at the house and cry.

Which brings me to…

#2 Goats are loud: We had heard that goats could scream, but thought that was just “other people’s” goats. While they don’t do it often, they can get awfully loud when they want something…like your attention, or a bottle or, well, anything really. They are vocal. And just when we thought we had the loudest goats around, we met our neighbors Nubian goats.

I do have to admit that the first two we brought home at two weeks are a lot more needy and vocal than our third goat that was dam raised for the first month and finished on a bottle. Our fourth goat, a Nubian, who came home at six weeks, screams like a 200 pound baby being tortured every time we leave her line of sight. It’s stressful and something we are trying to come to terms with.

Then there are the times that they “don’t” want something. Our “quiet” buckling would scream holy murder when you first picked him up early on. Then he would settle quietly in your arms. He’s better now, at least with us. When the vet came to give them shots, she picked him up and he screamed so loud we thought she was going to drop him. She wasn’t expecting such a loud noise out of the “quieter” one of the bunch. Don’t let their demeanor fool you. All goats can scream and scream enough to hurt your ears.

#3 They eat everything they are not supposed to eat: There is an old adage about goats eating “anything.” That’s really not true, but they do like to browse and will eat things that other animals won’t. They are great for eating weeds including poison ivy and love fresh pine needles, dandelions and clover, (though ours don’t seem to like the flowers.)

In doing our own research, there are several things that goats are NOT supposed to eat such as oak leaves, azaleas and lilacs. Of course, while on our walks, instead of eating all the wonderful wild grasses in our field they find and eat the dried up oak leaves hidden underneath. Our little Nubian sneaks to the front of the house and heads directly for…the azalea.

Dennis, thinking every animal must love carrots, brought out some carrot pieces to share once. The goats just sniffed and walked away. Instead, they went looking underneath the riding lawn mower for the dried up bits of grass still stuck underneath. (And, by the way, both the boys have gotten their heads stuck under there at least once. You’d think they would learn.)

They also eat things you don’t want them to, like your blueberry bushes, the flowers in your garden and anything that might just look tasty.

I believe that they have a special code they use when we let them run around in the yard. Jack runs for the lettuce in the garden, Quinn runs for the corn stalks and Stella runs in the opposite direction and straight for the blueberry bushes. All the while I am running in every direction trying to keep them away from those things. We have two and a half acres of field and brush, folks. Yet they go for the one thing (or things) you don’t want them to eat.

Which brings me to…

#4 Goats are supposed to be smart, but sometimes I wonder. Goats are curious, but not necessarily smart. As mentioned above, they figured out there was dried grass under the riding lawn mower, but once they get under there have a hard time figuring out how to get back out. We don’t have another place to store the lawnmower, unfortunately, so we’ve turned to cleaning it out every time we mow to discourage them from looking.

There are times when if we open the pen gate inward, anyone stuck on the back side can’t figure out how to go around and come out. Then they start to panic because they can see the other ones leaving without them. We usually go in and guide them around the gate to get them out.

Goats are great with routine. In fact they live for it. Any change in their daily routine throws them off and they get upset. Trust me on this. We recently weaned the first three goats and they are NOT happy about it. They were down to one bottle a day. How could they miss that? Well, let me tell you…

When you first start out, trying to find a good routine for you and the goats can be difficult. You will make changes as you figures things out. If you have to make changes, try to make them small…it will save your sanity.

And last but not least…

#5 Nigerian Dwarf Goats are the gateway drug to more and bigger goats, which are the gateway drug to other livestock. I know what you are thinking, I’ll just get a couple of small goats and that will be it…Trust me on this. I liken having small goats to crack cocaine or Lay’s potato chips. You can’t have just one, or two, or even three…you have to have a bunch and a bunch is never enough. Before you know it you will have a goat of every breed, then move on to sheep, cows, pigs, chickens… Case in point, we thought we would stop at three goats until we saw the baby Nubians at our neighbor’s farm. Needless to say, one of those doelings is now sharing a stall with our Nigerian Dwarf doeling. She is all legs and ears. While adorable, I have caught myself asking, “What was I thinking?”

And yet, we have one more Nigerian Dwarf goat we will be bringing home shortly. She is very similar to our first two and we believe will make a great mom next year. Which brings me to the point that if you are raising goats for milk, you will need to have babies and, well, who doesn’t want to keep a baby or two?

If you don’t want a farm, stay away from goats. They will steal your heart and your wallet (and anything else they can get their mouth on) and then next thing you know you’ll be out in the barn at five in the morning milking twenty different goats and a small dairy cow.